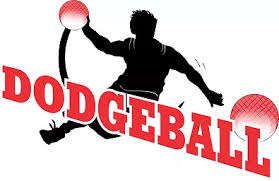 The Kirk Pedersen Dodgeball Tournament, an annual event held at Walled Lake Central for Kirk a former WLC physical education teacher who was injured in a hunting accident in 2008 that left him paralyzed from the neck down, raised over $3000 for his day-to-day medical expenses.

Every year the students at Central hold this event to help raise money for his medical expenses ad to show him that we still care and remember him.  Senior Steven Szymanski, president of NHS, was in charge of putting together the event this year. “It was a great event and everyone had a lot of fun raising money for Mr. Pedersen,” he said.

Students put together dodgeball teams of six which could include teachers as well. Students were more apt to go because we had the next day of school off.  Senior Josie O’Connell was a part of the tournament this year and said, “it was really fun to be competitive with my classmates and teachers and I loved meeting new people on other teams.”

Every year the dodgeball tournament raises money for Pedersen and every year he is so thankful for all that the students of Walled Lake Central do for him. Even though the tournament just happened, students cannot wait for the event next year.