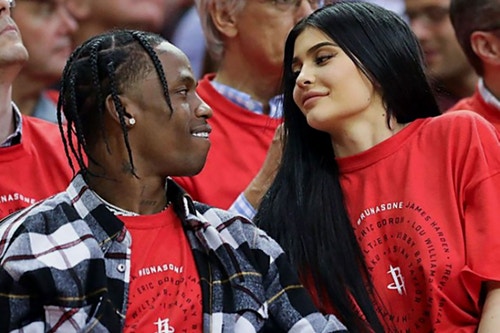 After months and months of speculation, Kylie Jenner has finally come out and said she has had a child with Travis Scott. For months, fans and social media users have believed that Kylie was pregnant, but she did not confirm these rumors until February 4, the day of the Superbowl.

Kylie’s first daughter, Stormi Webster, was born on February 1, at around 4 pm. The baby’s first few days were kept out of the spotlight, and Kylie announced the birth on the morning of February 4 with a tweet saying, “Pregnancy has been the most beautiful, empowering, and life changing experience I’ve had in my entire life… I’ve never felt love and happiness like this I could burst! Thank you for understanding.”

Though many had been speculating a Jenner pregnancy, the news of Stormi’s birth still came as a shock to many. Even so, some are still heedless of the love of the Kardashian-Jenner family. “It’s really cute and all, but I don’t care that much. Babies are born every day,” said senior Ben Shin. There had been a few clues throughout Kylie’s pregnancy, but the rumors were just rumors until the 4th.
Once it was announced that Kylie had, in fact, had a child, there was plenty of name speculation. One theory was that Kylie and her boyfriend, Travis Scott, had named their child Mariposa, or Posie. The theory stemmed from a Kylie Cosmetics shade called “Posie K” and a Travis Scott song called “Butterfly Effect,” as “mariposa” is Spanish for “butterfly.” However, this was disputed as Kylie posted a picture on Instagram with the caption “Stormi Webster.”  It is still unconfirmed whether the baby will be a Jenner, like her mother, or a Scott, like her father. “It’s crazy to know that a newborn baby is richer than I might ever be,” said senior Carly Orick.